Yijia Ruan, a decade of exchanges with REMPART

Grandson of Professor Ruan Yisan, an eminent teacher of architecture in China and founder of the Foundation bearing his name, Yijia met REMPART in 2010 at the beginning of our exchanges with China. He was part of the very first delegation that came to France 10 years ago and was present during most of our missions in China.

Architect student himself, he became a leader for Chinese volunteers. A year ago, he moved to France to learn French and complete his studies. It is as a very good French-speaker that Yijia took part in two sessions aimed at training volunteers site’s supervisor last July, and started a degree in Architecture in Paris in September.

Passionate about construction techniques and know-how, he is an upholder of REMPART’s beliefs. We are impressed by his perseverance and we would like to thank him, as well as all the members of the Ruan Yisan Foundation, for their commitment to the REMPART project. 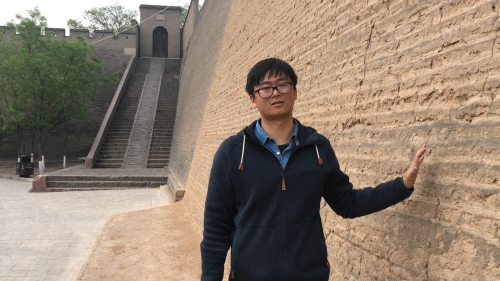 Yijia Ruan, a decade of exchanges with REMPART