Union REMPART was represented at the “Future is Heritage summit” at the end of September. The objective of the event was to bring together young heritage professionals and students in the field, in order to address the major issues that question heritage today.

First, the climate emergency was discussed, asking how to address the problem in our communication, to better convince our networks of the urgency to act. Then, the issues of contested heritage, and in particular the forgotten heritage of slavery, and the protection of heritage in times of conflict, with the example of Syria and Ukraine, were addressed during conferences. The notions of inclusion and personal development were also addressed. The shared interest proved the interest that the young participants have for these issues, and confirms the importance of REMPART projects, especially regarding social inclusion and ecological transition.

Organized in the framework of Europa Nostra’s European Cultural Heritage Summit 2022, it also allowed the young people present to reflect on the future of heritage in Europe and to present the conclusions of their reflections to the members of Europa Nostra, gathering heritage stakeholders from all over Europe. This presentation focused on themes dear to REMPART, inclusion, and respect for the environment once again, but it also raised questions about the difficulty of finding a job or remuneration for young people (“volunteering must remain a choice”).

The Europa Nostra event was held under the theme “For a Europe based on values and culture”: during this summit, awards were given for particularly interesting heritage projects in the fields of research, digital, community involvement, etc. REMPART received the “Education, Training and Awareness” award in 2010. During the award ceremony, and on several occasions during the conferences, the issue of Ukrainian heritage was raised in a very emotional way.

Taking part in these meetings allowed us to meet those – and in particular young people – who care about heritage on different levels, to defend the need for heritage projects to be of general interest and locally anchored, and to promote social inclusion through heritage.

To read more about The Future is Heritage, click here.

You can also watch “The Future is Heritage Online Programme” webinars here. 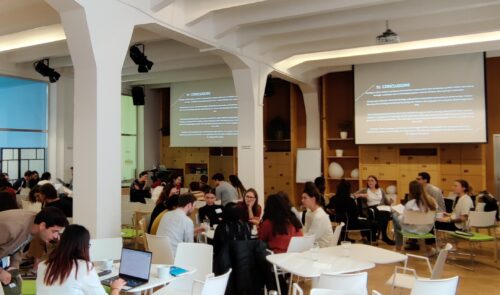 REMPART attended The Future is Heritage summitAll the categories