Ruan Yisan Foundation, a decade of exchanges with REMPART

Ruan Yisan Foundation, a decade of exchanges with REMPART

In 2006, Pr. Ruan Yisan, an eminent teacher of architecture in China, created a Foundation bearing his name to alert the Chinese public and authorities against the destruction of historical sites. Through his foundation, he intends to encourage heritage preservation through research, inter-university exchanges, educational actions and awareness-raising among decision-makers.

In 2009, REMPART’s delegate and the Foundation’s member, fortunately, met at the International National Trusts Organization Congress in Dublin. The Foundation’s commitment to heritage education strengthened since, thanks to a strong and ever-growing partnership with REMPART. Besides, as Ruan Yisan wisely noticed, underlining how important it is to safeguard heritage is often easier to hear from people from abroad, and this is one of the reasons why REMPART relationship to the Foundation is so significant and had to be established.

While in Europe, de Chinese delegation visited REMPART headquarters in Paris that same year. Willing to develop their relationship and before implementing a first volunteers’ exchange, REMPART’s national delegate in charge of the international relation visited the Foundation in Shanghai in December 2010.

The next summer, the first six students from Shangai came to France: they took part in 3 actions in France in Villandraut, Coucy and Termes while their Professor, Xioming, travelled across France to visit her students and the projects they committed to.

With REMPART guidance, then acquired through over 40 years of volunteering actions for heritage, the Foundation developed the principle of volunteer work camps in China. After a first pilot project in Pingyao, the idea of ​​voluntary intervention on heritage quickly became the Foundation’s trademark, firmly based on a dynamic of cooperation with REMPART.

Until today, and despite the Coronavirus, REMPART is involved in most phases of the projects’ implementation, from the mobilization of local partners to the expertise of the heritage sites. In 2020, we can say that more than ten projects, in three different provinces, have mobilized around 200 people. 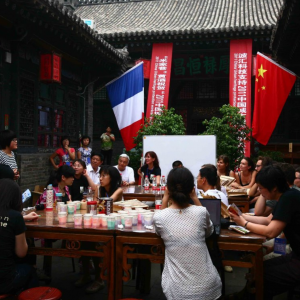 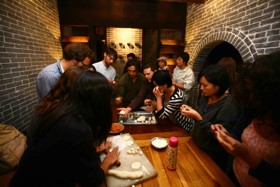 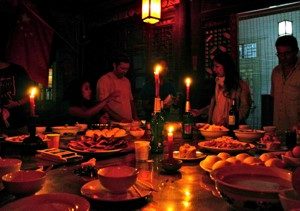 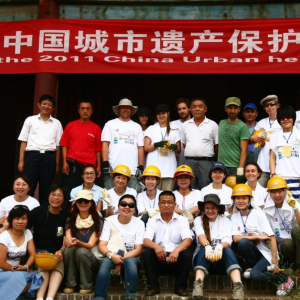 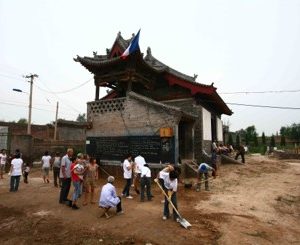 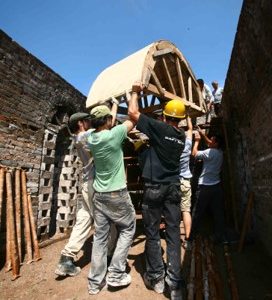 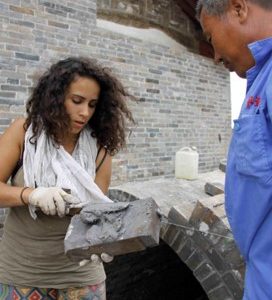 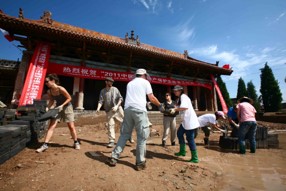 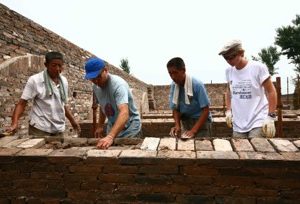 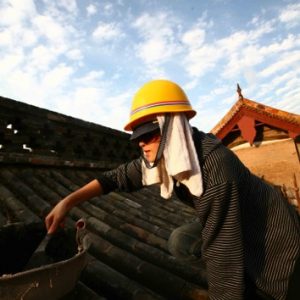 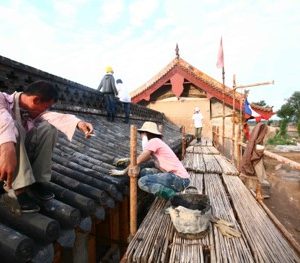 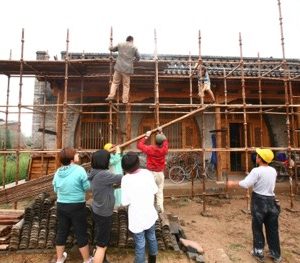 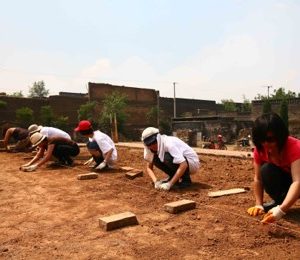 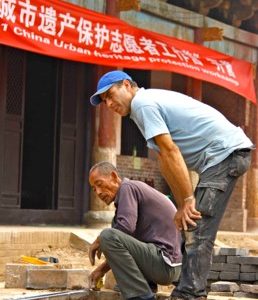 Ruan Yisan Foundation, a decade of exchanges with REMPARTAll the categories