Originally from Brazil, Raphaël flew his home country to escape from political repression. As a human right activist and a teacher, he was threatened by corrupted and violent local oligarchies, so he decided to come to France to protect his family.

This summer, he took part in a volunteer action to help to restore the medieval castle of Montgilbert. Despite the language barrier, he integrated very well to the team. At the end of the group’s 2 weeks on site, he gave a speech to his fellow volunteers and to the organising organisation – very moved by his words*:

“I have decided to write this down to make it easier… Before starting, I would like to apologize if I say anything chocking: Google translate is the one to be blamed.

I would like the thank everyone for your warm welcome. I know it has been difficult for you to understand me sometimes, but all of you made an effort to help me with the language. So I am sorry if you asked me what time it was, and that I answered Hello, it was not my intention!

Many of you have asked me why I came to France and I didn’t know how to explain it properly.

First of all, I chose France for its rich culture and the great impression its people make on the world, and you’ve just confirmed it [this past two weeks].

The other decisive reason that made me leave Brazil started when I graduated from law school and started pleading penal cases, advocating for Human Rights.

I accumulated enemies, linked to the militia that controls the politicians and the police in Rio de Janeiro. A sort of mafia, taking advantage of Rio de Janeiro’s favelas.

After years of receiving many threats, asking me to find another passion in life, I graduated from a history degree and started to teach in the favelas of Rio de Janeiro. I eventually became the school headteacher.

But I never could give up fighting for civil and human rights. And then again, I had to face this mafia, that was now threatening my students. I had no other choice than to flee my home country and look for a new start.

Well, I want to leave my past behind me and look toward the future – however, it doesn’t mean that I will stop fighting. I will continue to stand up from afar, I will be able to protect my family and to find inspiration in the French people’s “liberté, égalité et fraternité”.

To conclude, I would like to thank everyone for these wonderful days, especially Isabelle, Olivier and Solène [from the association], who has always been kind to me since the very first email […]. Thank you very much, and I hope to see you again next year!” 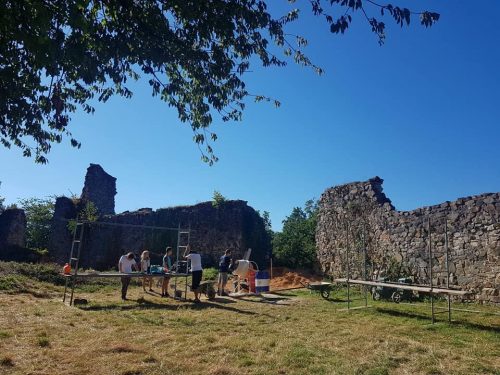 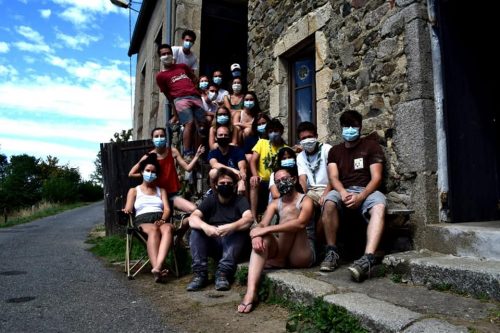